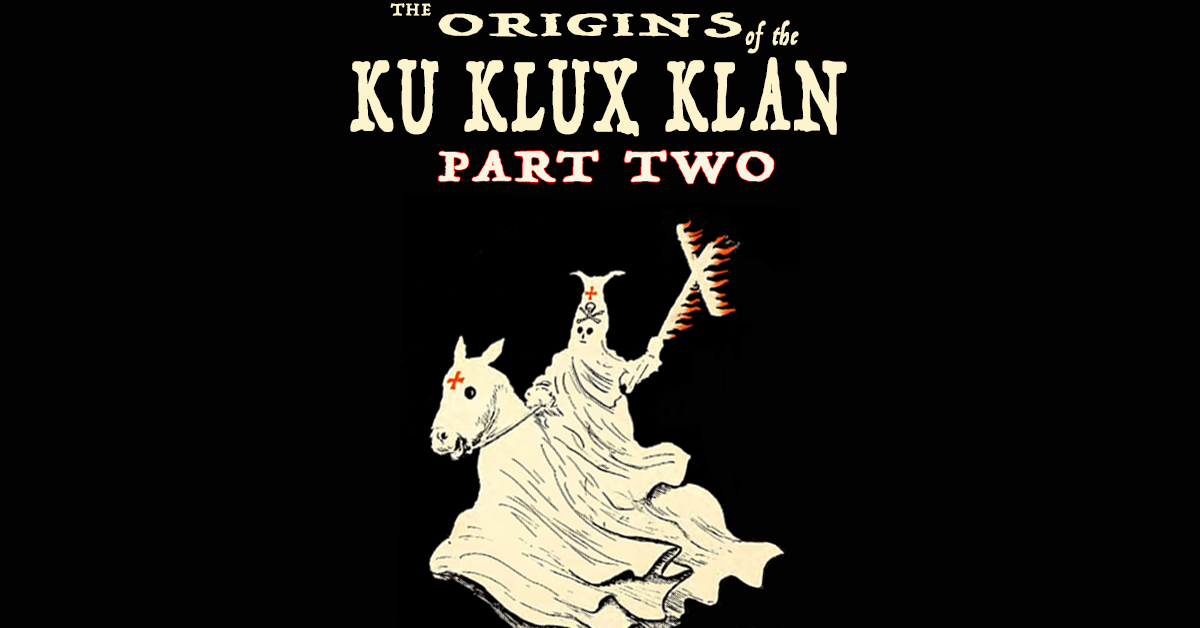 Part Two of Two. Wrapping up our intensive look at the post-Civil War origins of the Ku Klux Klan and finishing the last of the Yellow Belly Imperial Stout.

The Second Coming of the KKK: The Ku Klux Klan of the 1920s and the American Political Tradition
Author: Linda Gordon
Publisher: Liveright Publishing Corporation (2018)

“A new Ku Klux Klan arose in the early 1920s, a less violent but equally virulent descendant of the relatively small, terrorist Klan of the 1870s. Unknown to most Americans today, this ‘second Klan’ largely flourished above the Mason-Dixon Line–its army of four-to-six-million members spanning the continent from New Jersey to Oregon, its ideology of intolerance shaping the course of mainstream national politics throughout the twentieth century.”

“Hiram C. Whitley [was] the new [and] controversial chief of the Secret Service. He and his agents led a covert war against the KKK and became the first to use undercover work in mass crime⎯⎯⎯⎯what we now call terrorism⎯⎯⎯⎯investigations. But like all spymasters, Whitley had a dark side. His penchant for skulduggery and dirty tricks led him to a conspiracy that would bring an end to his career and transform the Secret Service as we know it today.”

“In this deeply researched and fast-moving narrative, Kendi chronicles the entire story of anti-black racist ideas and their staggering power over the course of American history . . . . As Kendi shows, racist ideas . . . . were created to justify and rationalize deeply entrenched discriminatory policies and the nation’s racial inequities.”

The Founding of the Ku Klux Klan

High-resolution picture of the KKK memorial plaque attached to a building in Pulaski, TN at the digital library of the University of Tennessee, Knoxville

Kommemorating the Klan’s Birthplace With a Backwards Plaque in Pulaski, Tn ⎯⎯ Article at TheReconstructionEra.com detailing this history of the plaque and how whoever bought the building turned the plaque to the wall.

Semana Santa (Holy Week): Where the KKK got their nifty costumes at Medium.com ⎯⎯ A look at the source for the white hoods and robes of the Second Klan (1915 to 1940)

Originally published in 1935, A Confederate Catechism is a hair-raising example of indoctrinating kids into the white supremacist mindset. (Find a PDF of it here.)

Rationale for the Catechism on the History of the Confederate States of America as pimped on the United Daughters of the Confederacy’s website — “Catechisms are a part of the culture and history of the CofC. Members are encouraged to recite basic beliefs and elements of Confederate history. Children compete at all levels to display excellence. The Second Vice President is responsible for educational work. He/she should encourage members to write essays, poems, and to do artwork for General prizes. He/she is also responsible for catechism orders and encouraging Chapters/Divisions to hold catechism quizzes.”

Where KKK And Superhero Narratives Collide by Noah Berlatsky at Medium.com — “The superhero and the Confederate rebel are both always ultra-powerful and oppressed; ‘heroic’ underdogs battling on behalf of misplaced righteousness.”

How the KKK Shaped Modern Comic Book Superheroes: Masked Men Who Take the Law into Their Own Hands by Chris Gavaler at Lithub.com — “Although the Klan, when directly portrayed, is invariably an organization of villains, the superhero still operates from the same reactionary, paternalistic ethics of vigilantism. The superhero does not simply save the world — he restores a moral, nationalistic status quo by superseding the powers of a democratic government incapable of combating or often even recognizing alien threats.”

A New Twist on an Iconic Story – “Superman Smashes the Klan” Graphic Novel Review at The Geekiary.com — “Superman Smashes the Klan is a young adult graphic novel based on the ‘Clan of the Fiery Cross’ story arc from 1940s radio show Adventures of Superman. Like the radio show, this novel does not shy away from how reprehensible the Ku Klux Klan is. It may be one of the most meaningful and important graphic novels I have read.”

How Superman Exposed the Ku Klux Klan at TheVintageNews.com — “With Superman denouncing the KKK and battling them, as well as the secrecy being shattered by giving listeners a glimpse into what happens behind the scenes, the radio show had a profound impact on the hate group.”